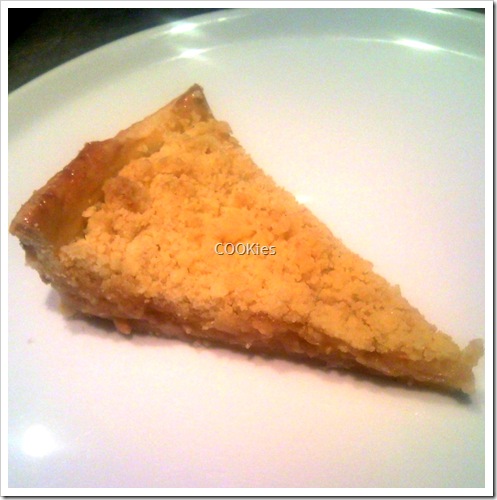 It is not the season of leaves falling to the ground, but one of my favorite ways to fatten up is with a rich apple crumble. In other parts of the world this recipe can do so many things during the cold times and cold months. A warm slice can lift you up when the world seems to be against you, can keep you company when curled up with a book, or to bring friends together over a cup of coffee enjoying the brisk air at a neighborhood cafe. I personally like indulging when the sky is grey and the rain is falling, washing away all my worries, anxieties and inhibitions. Leaving me with just sweetness, quite and solitude as I sink my teeth into the flaky crust and rich filling, messing myself up with the crumbly topping. I believe a scoop of vanilla ice cream topped with strawberry balsamic vinegar adds to the sinfulness .

So we start by making the pie crust. This is one recipe that is reliable. But I do depend heavily on the digital weighing scale, as with baking other recipes. I just find that measuring cups leave a lot of room for error. With exact weights this pie crust comes out exactly the same every time

In a food processor, pulse flour, sugar and salt. Add butter, then pulse to a coarse crumb 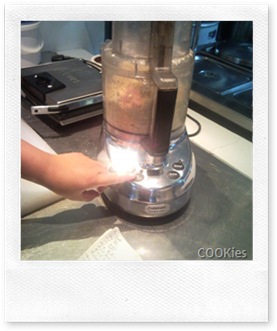 Add lemon juice and water, and pulse to a moist crumb 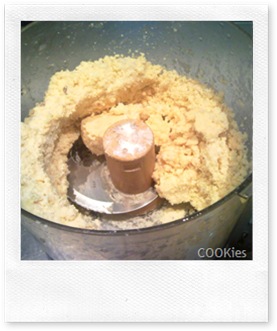 Turn out to a cold surface, and flatten to a round dough. Cover with cling film and chill 1 hour or overnight
Butter a pie pan on all inside surfaces. 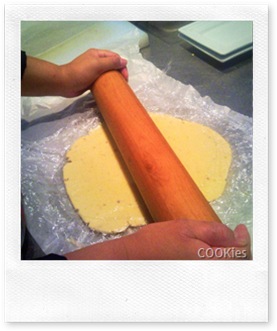 Roll out dough to a fourth of an inch. Transfer to pie pan and press evenly and lightly 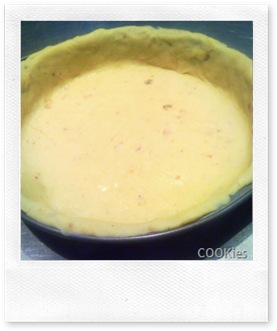 Brush with egg wash on all sides 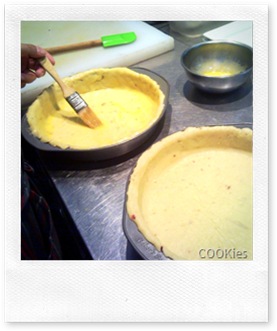 For the apple filling I used green apples as do any other self respecting baker. Peeled and cubed, they are perfect for some slow cooking 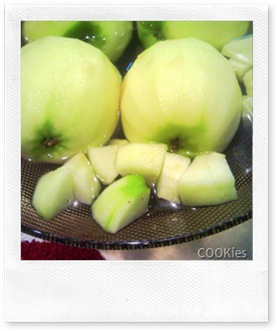 Place apples in a stock pot and add in all the other ingredients
Bring to a boil, then lower heat to a simmer 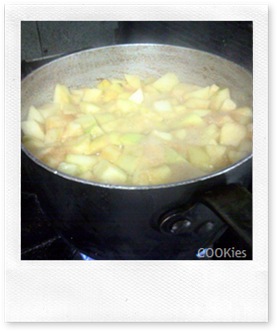 Let simmer uncovered until apples are tender, about 25 minutes
Remove from heat and let cool

In a bowl combine all ingredients with a fork. 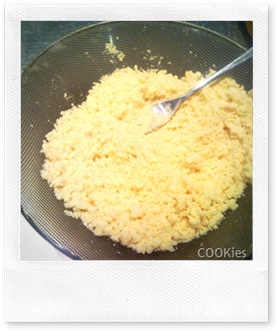 Mash with fork until it resembles coarse crumbs

Preheat oven to 200C
Pour cooled apple filling into the pie shell
Sprinkle crumble over pies until completely covered
Pop into the oven and bake until golden brown. About 25 minutes
Remove from oven and let cool completely 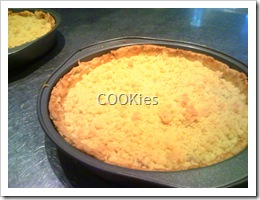 Now grab a book, blanket, pop in Barry White or Smokey Robinson, and let the good times slowly lull you into decadent relaxationl. Please, Kenny G does not go with apple crumble.

Posted by Unknown at 16:33 3 comments: Links to this post 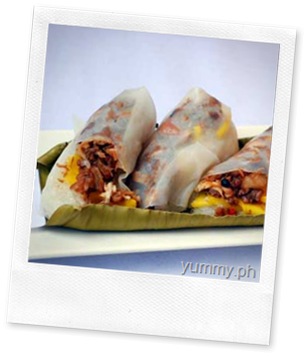 So after winning the AdobOlympic s 2011, my family got first wind of mass publication when Yummy Magazine posted our winning recipes on-line. Today’s sunny morning seemed even brighter as our adobo recipes were immortalized in digital print. Imagine, the demure Maria Clara having never looked better. And the Maria Clara Exposed gathering interest as well. We are all happy. The cooks who made it possible: My life partner, Rossana; daughters Alie and Maxine; and moi, who was reluctant at first to join. What good things will come out of this?

The AdobOlympics have now been covered in the PHILIPPINE INQUIRER. Read the story here

And here is the video as covered by HIP MANILA

Posted by Unknown at 10:17 3 comments: Links to this post

The very reasons not to be a chef

Admit it. You personally know at least one chef or professional cook. At least have come across a professional cook significant enough to warrant a second look. Or know of someone who recently graduated from a culinary or hotel management school. Maybe 10 or more years ago many people looked down on the lowly cook. Thinking they were criminals, half-lifes, never amounting to anything. Ironically, it is the spirit that keeps professional cooks going, chugging out thousands of identical plates every week, working in near-submarine conditions, at very low pay. Because we love it. 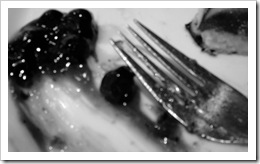 Recently though, it has been very difficult to weed out the posers from the professional cooks. Every technical, vocational and fly-by-night schools sport culinary programs, making diploma mills spit out more culinary certification. Is it the ‘in’ thing? Are more and more people considering a career in the culinary arts? For what reason? These should not be one of those reasons:

For the glamour – a chef, by definition, is a cook that leads other cooks. The personalities you see on TV? They are called chefs because they earned that title, not bestowed upon themselves. Anthony Bourdain documented his rise in the ranks. Eric Ripert made a name for himself. Gordon Ramsay got michelin stars. But Rachel ray? She’s not a chef. She is just another Martha Stewart wannabe. If you want your 15 minutes of fame, you have to travel a long and winding road before you get there. Earn your battle scars.

For the money – this is an attainable dream. We all dream of a high salary, royalties and product endorsements. But one gets into this profession with more spirit than a ready checking account. In fact, most start out as stagiares earning next to nothing. For years on end. As an apprentice, or someone lower than an apprentice. A pot scrubber, a peeler. Yet they trudge on, because they learn something new every day, every year, working on their craft.

Because everybody is doing it – Keeping up with the Joneses is very bad at the get go. If you think following the trend will turn you into the mindset of a chef, much less an actual chef, then the line cooks will skin you alive and sear your working hand with a hot iron pan. This is a sign of a finicky mind, only learning how to cook because somebody told them to. Where is the passion there?

Because I cook at home – A professional cook is very different from a home cook. Even if you could make the best BBQ sauce in your small town, or make a mean casserole, that does not make a chef. There are a lot of things to learn. Because whatever you learned at home will be obliterated from you mind as inefficient, redundant and a waste of space. Professional cooking is an art. In some cases, it’s a discipline, a way of life.

Be a chef, a professional cook, because you love cooking the same thing over and over again with no difference from one plate to another. Because you have gone through the burns, the cuts, the bruises, humiliation, and other such forms of rite of passage to earn the title. Earn it. Don’t call yourself a chef. hear it from someone else’s lips. Someone that matters. Not from your culinary school instructor.